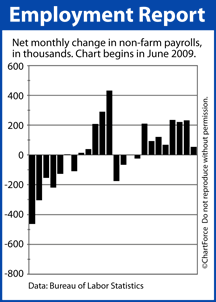 Mortgage markets improved last week, carried by the same stories that have led markets better since April. Worries of a Eurozone sovereign debt default mounted, and the U.S. economy’s revival showed itself to be slower than originally anticipated.

In Greece, the nation readied itself for its second bailout in two years. The austerity measures of last year have not worked as planned. There are concerns that a default would lead to contagion, delivering the Euro region into an economic tailspin.

These fears spurred a flight-to-quality in bond circles to the benefit of U.S. mortgage rate shoppers.

There were 3 weak reports:

Each of these data points underscores the fragile nature of the U.S. recovery, and the weaker-than-expected readings helped mortgage rates improve.

It’s the sixth week of 7 that mortgage rates in Mesa have improved, setting the stage for a new wave of refinances.

There will also be chatter about the U.S. debt ceiling, another potentially negative force on mortgage rates.

If you’re floating a mortgage rate right now, consider locking in. There’s a lot more room for rates to rise than to fall.